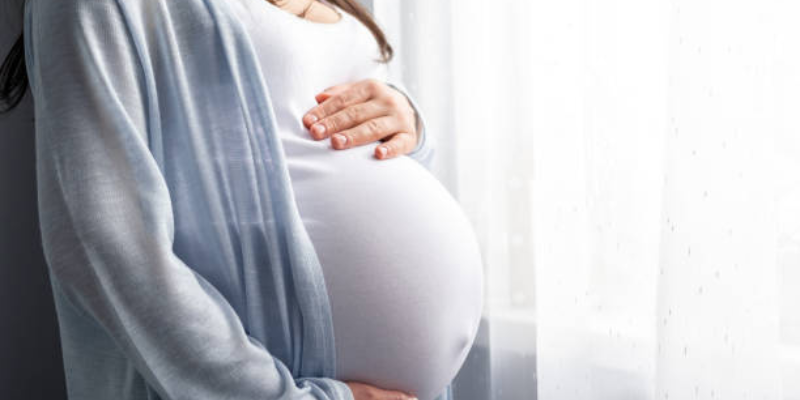 Each month, a woman’s body prepares for a possible pregnancy. About two weeks before the period starts, an egg leaves the ovary and travels down the Fallopian tube. If the egg is not fertilized, the uterine lining is shed, and the woman has her period.

Let’s understand the chances of getting pregnant during or after your periods.

It’s possible to get pregnant 2 days after your period. This is because sperm can live inside a woman’s body for up to 5 days.

If you have sex on the first day of your period without using contraception, you can conceive at any time during your menstrual cycle, even after 2 days of your period.

If you’re sexually active and you’re not using contraception, it’s important to be aware of all the ways you can get pregnant – even if you just had your period.

How Many Days After My Period Can I Get Pregnant

The chances of getting pregnant just after your period depend on a lot of factors, like how long your menstrual cycle is and when you ovulate. The average menstrual cycle is 28 days long, but it can vary from woman to woman from 21 to 35 days. According to the research, you’re most likely to ovulate 14 days before the start of your next period.

If you have a regular cycle, you can also estimate when you’re most likely to be ovulating. Ovulation, when an egg is released from the ovary, typically happens 12-16 days before the start of the next menstrual period. This means that you are most likely to get pregnant if you have unprotected sex in the five days before ovulation or on the day of ovulation.

The fertility window will be open for six-day each month when you could potentially get pregnant. Sperm can live inside a woman’s body for up to five days, so if you have sex close to the end of your fertile window, you could get pregnant.

Tip To Get Pregnant

You can also increase your progesterone level in five different ways to get pregnant. Progesterone is a hormone secreted by ovaries in women that is responsible for a pregnancy to start.

How Many Days After Your Period Do You Ovulate

The length of a woman’s menstrual cycle can vary, but the average menstrual cycle is about 28 days long. Ovulation can occur 12 to 16 days after the first day of your period. However, this can vary from woman to woman and even cycle to cycle. For example – if your menstrual cycle is 30 days, the ovulation starts between 14 to 17 days.

If you are trying to get pregnant, tracking your ovulation is key. There are several ways to track ovulation, including basal body temperature charting, ovulation predictor kits, and cervical mucus monitoring. Also, you should avoid some foods during pregnancy to avoid miscarriage.

Can a Woman Get Pregnant During Menstruation

When a woman is menstruating, her body is preparing to release an egg. This means that the woman is less fertile during menstruation time and she has negligible chances of getting pregnant.

During menstruation, your body is shedding the endometrium (lining of the uterus) that was built up in anticipation of a fertilized egg. Also, the uterine lining is thicker during your period, making it more difficult for sperm to reach an egg. This lining is not conducive to pregnancy, and you have negligible chances of getting pregnant if you have sex during your period.

However, it is still possible to conceive if you have unprotected sex during your period.

In case you have a shorter menstrual cycle of 21 to 23 days, the ovulation occurs around the 10th day and the fertile window will be open between 5 to 11 days after your period begins. If you have sex during your period, the semen deposited near the opening of the vagina during intercourse can live for up to 5 days. So, there is a possibility that sperm could still be alive when you’re ovulating.

Can You be Pregnant and Still Have a Period

A woman’s period is often thought of as a sign that she is not pregnant, but it is possible to be pregnant and have a period. Some women hope they are still pregnant even after they get their period. If a woman has a regular period, it is unlikely that she is pregnant.

You may experience symptoms of pregnancy during your periods may include

If you are experiencing changes in your menstrual cycle, it is important to consult with your doctor to determine the cause. You can also take a pregnancy test to determine whether you are pregnant or not. A missed period is the most common sign of pregnancy, but other changes, such as lighter or heavier periods, can also occur.

Does Sperm Delay Your Period

According to research, sperm does not have an effect on delaying or starting a period. There is no scientific evidence to suggest that sperm can delay your period. Periods are regulated by hormones, which sperm can’t influence. There are many other factors that can contribute to an irregular period.

You can also follow home remedies to get the periods immediately.

Common Misconceptions About Getting Pregnant During Period

There are many myths and misconceptions about being pregnant and having a period.

One common misconception about the period is blood kills sperm cells. This is not true, sperm cells can survive for up to five days inside a woman’s reproductive system, even if the woman is menstruating or not.

#2. It is Unsafe to Have Sperm Inside During Period

Another misconception is that it is unsafe to have sperm inside a woman during her period. If you have sex during the period, sperm from ejaculation may remain inside the women’s reproductive system for up to 5 days and may fertilize the egg if ovulation occurs. But the chance of getting pregnant is lower because the woman’s body is releasing eggs.

#3. You Don’t Get Pregnant During Periods

However, if you have any concerns regarding periods, ovulation and chances of getting pregnant, don’t hesitate to reach out to your Gynecologist.

Shilpa is a banker-turned-content creator who plays the role of editor-in-chief at BeingHappyMom. She talks about organic ways for skin & health care.

13 Effective Indian Home Remedies For Cold and Cough in Babies

Indian Food Diet Chart for Babies from 7 to 9 Months

23 Best Home Remedies for Loose Motions in Babies and Kids

Best Home Remedies For Constipation In Babies and Kids 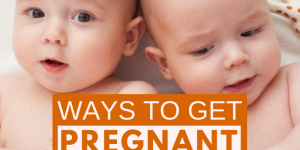 11 Tips to Get Pregnant with Twins Naturally in 2022 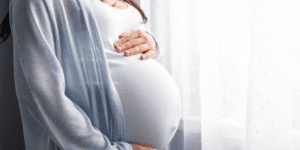 Can I Get Pregnant 2 Days After My Period 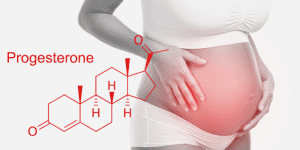 How to Increase Progesterone to Get Pregnant 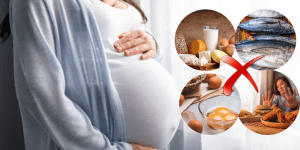 10 Foods To Avoid When Pregnant

We are a participant in the Amazon Services LLC Associates Program, an affiliate advertising program designed to provide a means for us to earn fees by linking to Amazon.com and affiliated sites.